Early in the morning of November 6, 1632, a heavy morning mist hung over the fields around Lützen.  In the camps of the Swedish army, a Psalm of praise could be heard ascending from the cold and hungry men.  Joining them in singing was their king, Gustavus Adolphus, “The Lion of the North.”  He had risen early for private prayer, and now he was joining with his men in public supplication to Almighty God for victory on the field of battle.

The Protestant Cause hung in the balance.  Over the last several years, a powerful alliance known as the “Catholic League” had threatened to annihilate Protestants in Europe. A catastrophic war, known today as “The Thirty Years, War,” was raging on the continent.  The war had begun in 1618 when a group of Protestant nobles in Prague had thrown two representatives of the Holy Roman Emperor out of a castle window.  Although the two men survived the fall when they landed in a pile of manure, many in Europe would not survive the massive conflagration.  It is estimated that the Thirty Years’ War left 8 million dead in Europe.

The war started as a localized civil war in the German states, waged for almost 12 long years between Protestant princes and princes who supported the Roman Catholic Hapsburg dynasty. By 1630, the war was going badly for the Protestant princes.  Albrecht von Wallenstein, the commander of the armies of the Catholic League, was sweeping through Protestant territories, leaving a littered path of carnage in his wake.  Burned villages, plundered churches, butchered livestock, and murdered women and children marked the path of devastation. At this critical hour, when the future looked very bleak, Protestant nobles in Germany had appealed to the man known to Europe as “The Lion of the North” to come over and help them.

Gustavus Adolphus, the King of Sweden, had come to the throne when he was only 16 years old.  His grandfather had been influenced by the disciples of Martin Luther and embraced the Protestant faith.  Now as a third-generation Protestant, young Gustavus Adolphus had been taught to emulate Godly kings of Israel such as David, Hezekiah, and Josiah.

As a nine-year-old boy, young Gustavus had accompanied his father on military campaigns against the Danes and the Russians.  He was skilled early in the art of war, in political science, in diplomacy, and in languages.  In addition to his native Swedish, he spoke Latin, Italian, Dutch, Spanish, Russian, Polish, and German.  Above all, he was intimately familiar with the Bible, and his personal faith was deep and genuine.

When he became King of Sweden at the age of 16, he had inherited a war with the Danes in the west and the Russians in the east.  He successfully brought both campaigns to a victorious conclusion. He became not only a respected king, but was recognized as a brilliant military commander, even in his youth.  He was the first to master the use of mobile artillery units on the battlefield.  He cross-trained his soldiers so that his cavalrymen could service artillery pieces if necessary.  He was the first to use paper cartridges and it was known that his musketeers could load and fire three times faster than their enemies.  He believed that the best defense was an aggressive and overwhelming offensive.

The “Lion of the North” was a man of imposing size and strength.  He was tall, powerful, and muscular.  His blond hair and steel-blue eyes inspired confidence in his friends and fear in his enemies.

He married a Godly German princess, the daughter of the Elector of Brandenburg.  Marie Elenora became a loving and faithful wife to the Swedish king.  In the Providence of God, their first two children were stillborn, which was a great personal grief to the loving husband and father.  But Gustavus Adolphus took the loss with a Christian’s faith.  After these two stillbirths, God blessed the royal couple with a daughter, and the happy father named his little girl Christina, after his own mother.

Upon the call of the German princes for military aid, Gustavus Adolphus faced the most important decision of his life.  He had just gained a great victory against Poland and was eager for peace.  He had secured his own dominions, defeated three enemies, ensured the economic strength of Sweden, and opened the Baltic Sea to Swedish shipping.  It was an ideal time for him to retire to the domestic comforts of his own castle.

But Gustavus Adolphus believed that the honor of God was at stake in Europe.  He rightly feared that if the army of the Catholic League was not defeated, Protestants would be in danger everywhere, and the Christians in Germany, the Netherlands, France, and Eastern Europe might face an Inquisition like the one that had snuffed out Protestantism in Spain. Convinced that Almighty God had raised him up to be the defender of the Truth, Gustavus Adolphus prepared a military expedition to cross the Baltic Sea and fight on the Continent.

Roman Catholic commanders scoffed at the idea of a Swedish intervention in Europe.  They jested that Gustavus Adolphus might be a “Snow King” but that he would melt as his armies marched south.

They were wrong.  The Lion of the North met the Roman Catholic army at Breitenfeld in September of 1631 and won a decisive and astonishing victory.  He absolutely forbade his victorious troops to engage in any marauding and plundering.  They were required to keep the Sabbath, to respect women, and forbidden to take the name of the Lord in vain.

In March of 1632, at the Battle of Rain, the victorious Swedish army forced the withdrawal of Catholic forces from Bavaria.  Unlike many commanders of his day, the Lion of the North always led from the front, and he especially loved to lead his men in aggressive cavalry charges against enemy formations.  On numerous occasions he was wounded in action, and he always carried these scars as badges of honor.

At the decisive Battle of Lützen, Gustavus Adolphus was killed while leading a cavalry charge on the enemy flank.  He took a bullet in his left arm before being shot again, this time in the back.  His body was eventually found with a final shot to the temple.  His death was very mysterious, and some of his men questioned whether the king was assassinated from behind by an traitor who had infiltrated the Swedish Army.

Instead of being demoralized by the loss of their king, the Swedish troops were inspired and swept the field of the Roman Catholic army, gaining a great and decisive victory at Lützen.  This victory paved the way for the eventual defeat of the Catholic League, the collapse of the Holy Roman Empire, and the preservation of Protestantism in Europe.

The Lion of the North died at the young age of 37.  Today, he is the only Swedish monarch who carries the title, “The Great.”  Numerous churches, towns, and villages carry his name.  The Scottish mercenaries who served under him honored his memory and today there are many Scottish lads that are named Gustavus in his honor.

Gustavus Adolphus has become known to history as “The Father of Modern Warfare.”  His tactics were studied by Napoleon and Clausewitz.  JEB Stuart brought his integration of cavalry and artillery to perfection in his famous Horse Artillery, and Robert E. Lee employed his aggressive style of defense on the fields of Northern Virginia.  Above all, Gustavus Adolphus was a man who was zealous for the glory of God, and put the honor of the Almighty above personal comforts. 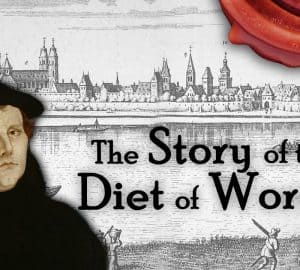