This month is the 150th anniversary of Sherman’s infamous March across Georgia to the Sea. After years of war, Union General William Tecumseh Sherman had the opportunity to strike through the heart of Confederacy. His goal was to undermine the Confederate war effort by breaking the civilians’ will to fight. As he wrote after the march to Henry Halleck, the Union’s Chief of Staff:

We are not only fighting armies, but a hostile people, and must make old and young, rich and poor, feel the hard hand of war, as well as their organized armies. I know that this recent movement of mine through Georgia has had a wonderful effect in this respect. Thousands who had been deceived by their lying papers into the belief that we were being whipped all the time, realized the truth, and have no appetite for a repetition of the same experience.1

Today many, especially in the south, remember Sherman as a cruel man who burnt the homes and crops of Georgians, forcing them into poverty and starvation. Debates continue to rage today whether he should be considered a war criminal, or simply as a general who knew now to end the war. In this article, we will consider the legend that has grown up around Sherman’s march, and how we can separate the myth from fact.

How Bad Was it?

First, what did the Union troops actually do? How bad was it? Before the march began, Sherman issued Special Orders No. 120. In it he gave strict instructions for how his men were to conduct themselves on the march. They were allowed to “forage liberally” from the countryside, and were given nearly free reign to take or destroy food, horses and livestock. However, they were not to enter homes or burn any buildings without express orders from the corps commanders.2 These orders were often violated with impunity, and the Federal generals did little, if anything, to stop it. The problems began even before the army even left Atlanta. Sherman had ordered that military targets, such as the railroad depot, be destroyed. But the men disregarded regarded these orders, and about half the town was burnt. “Can’t save it,” Sherman commented to a staff officer, “Set as many guards as you please, [the men] will slip it and set fire.”3

The Federal troops, Bummers as they were called, routinely violated orders along the march and burnt many houses along the way. However, they did not destroy everything in their path in a scorched earth policy as many believe today. In the 1930s a survey found that many, if not most, houses were left standing in the wake of the Yankee march.4

This does not mean there was no suffering for the civilians involved. Sherman and his men were determined to make the southern people feel the cost of the war, to “make Georgia howl,” and they were successful. One woman’s experience was typical:

Happening to turn and look behind, as we stood there, I saw some blue-coats coming down the hill. … I hastened back to my frightened servants and told them that they had better hide, and then went back to the gate to claim protection and a guard. But like demons they rush in! My yards are full. …

To my smoke-house, my dairy, pantry, kitchen, and cellar, like famished wolves they come, breaking locks and whatever is in their way. The thousand pounds of meat in my smoke-house is gone in a twinkling, my flour, my meat, my lard, butter, eggs, pickles of various kinds – both in vinegar and brine – wine, jars, and jugs are all gone. My eighteen fat turkeys, my hens, chickens, and fowls, my young pigs, are shot down in my yard and hunted as if they were rebels themselves. Utterly powerless I ran out and appealed to the guard.

As night drew its sable curtains around us, the heavens from every point were lit up with flames from burning buildings. … My Heavenly Father alone saved me from the destructive fire.5

How unusual was the March through Georgia, versus any other Civil War era army marching past? No Civil War era civilian would have wanted an army to march through his property, even if he sympathized with their side. He could still expect to have animals go missing and his fences be turned down and used for firewood. Some commanders, such as Robert E. Lee, tried to stop this. When invading Pennsylvania he reminded his troops they made, “war only upon armed men,” and exhorted them to “abstain with most scrupulous care from unnecessary or wanton injury to private property.”6 Other armies used harsher tactics were also used. Chambersburg, Pennsylvania was burned by Confederates after the townspeople failed to pay a $500,000 ransom.

What distinguished Sherman from most other armies was the intentionality of his destruction. His actual orders were not far from the ordinary, but in his correspondence made his intentions clear. Although other armies wrought similar kinds of destruction, Sherman was different. He launched a campaign for the sole purpose of making war on civilians and turning them against the war. Where other generals tried to constrained the depredations of their men, Sherman encouraged them.

Was He a War Criminal?

Some today argue that Sherman was a war criminal. He was, of course, never prosecuted for his crimes – victors rarely are. In 1863 Lincoln had signed what is called the Lieber Code – the laws of war for the United States armies in the field. This order required that private property be respected, and if military necessity required it to be seized, that the owners be given receipts so they could be indemnified.7 Sherman may have technically been in a gray area. But he said he intended to bring “the sad realities of war home to those who have been … instrumental in involving us in its attendant calamities.”8 He clearly was in violation of the spirit of the Lieber Code, the intention of which was to preserve private property whenever possible, not destroy it. If Sherman did the same thing today he could be considered a war criminal. The 1977 Geneva Conventions, which the United States has not ratified, prohibits targeting civilian food, livestock or water.9

What about Other Wars?

It would be easy to condemn Sherman’s actions against the southern people, but it is important to remember how they fit into the future actions of the US Military. The March to the Sea is considered to be one of the first instances of modern warfare, where a scorched earth policy is used and the enemy civilians are a valid and legal military target. Sherman’s actions were child’s play compared to the United State’s policy during World War II, where the enemy countryside was freely bombed. The attacks on Germany and Japan were not, like Sherman’s, on only the supplies and infrastructure of the country. The attacks, culminating in the atomic bombings were intended to kill as many noncombatants as possible. It is ridiculous to even think of comparing Sherman’s march, where the civilians had a few years of hardship while recovering from the destruction, to the bombing of Dresden, Tokyo, Hiroshima or Nagasaki, where hundreds of thousands of men, women and children were killed. Rejecting what Sherman did requires the rethinking most of the United State’s wars in the 20th century. 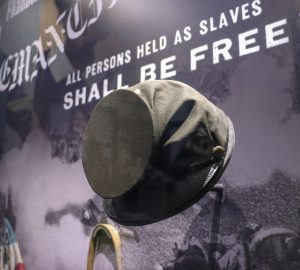 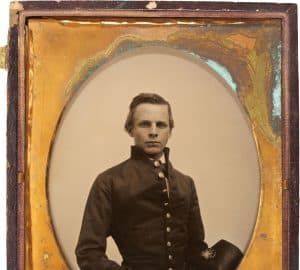 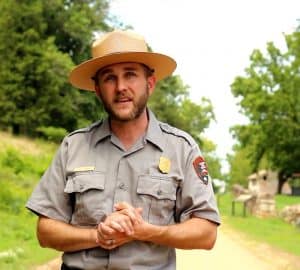