We welcome Jordan Baker with this guest post on the death of President George Washington. The figure of George Washington stands tall in American history. A man revered in his day for his stoic courage and civic minded attitude, Washington set the bar of what it meant to be an American leader. Ever since his death, his time in the Oval Office has been held up as an example of a presidency par excellence. Despite the gallantry that history has used to paint the picture of his life, there’s no getting around the fact that George Washington’s death was a painful example of the inadequacies of eighteenth-century medicine.

Washington Under the Weather

December 12, 1779 must have seemed like any other rainy winter’s day in Virginia. George Washington rose early in the morning to attend to plantation matters. From morning to around three o’clock in the afternoon, the retired general withstood the rain, sleet, and snow that fell upon the grounds of Mount Vernon. A hardy man by nature, the precipitation seemingly fazed him very little. Indeed, Washington was in the best shape he’d known in years – so good, in fact, he had made a jovial pact with a friend to live into the new century.

Worried about arriving to dinner late after his day on the grounds, the always punctual first president refused to change clothes before eating, despite the rather damp nature of his clothing. Unsurprisingly, Washington got sick. The next day, he awoke with a sore throat. Despite this budding illness, or perhaps in spite of it, he went back to work, selecting trees he wished to have removed from the grounds. That night, while his voice had become a tad more hoarse, he insisted on performing his nightly tradition of reading the newspaper aloud to his wife, Martha Washington, and his secretary, Tobias Lear – due to the condition of Washington’s throat, however, Lear had to finish the reading.

Again, the modern reader will find themselves unsurprised to learn that this only worsened Washington’s condition. He awoke that night with severe pain in his throat. But, as Martha had just herself recovered from a mild illness, Washington refused to let her send for help, for fear that she may once again find herself unwell. The next morning, when Carolina Branham, an enslaved housemaid at Mount Vernon, came to light the Washingtons’ fire, Martha sent her to find Lear, who, in turn, sent for the family physician, James Craik.

If things were looking bad for Washington, we can say in retrospect that they only became worse when the physicians began to arrive. While historians have noted that doctors “did the best they could,” the theories and practices that dominated eighteenth-century medicine often proved more harmful than beneficial. Sadly, the three physicians that attended to Washington in his final hours may well have taken his situation from bad to worse.

The first to arrive on the scene, James Craik, began bleeding Washington per the general’s request. Apparently, Washington found this procedure extremely effective. Though it seems counter intuitive to us today, bloodletting was used by Western physicians for millennia. Based on the work of the ancient Greek philosophers Hippocrates and Galen, the practice of bloodletting was meant to balance one’s ‘humors.’ The body consisted of four humors: yellow bile, black bile, blood, and phlegm. When a person’s body developed more of one of these substances than the others, it created an imbalance in their humors, thus causing them to fall ill. In an attempt to rebalance their patient’s humors, and restore them to good health, doctors would bleed their patients. And the sicker their patients became, the more blood they would take from them.

As Washington’s condition continued downhill, two more physicians were summoned, each of whom attempted to balance the President’s humors in different ways. Between the three doctors treating Washington, they took somewhere between 40-50% of the General’s total volume of blood. And between bleedings, they also administered enemas, induced vomiting, and gave Washington blisters on his throat and feet in an attempt to relieve his body of the harmful fluids they presumed were causing the illness. If this wasn’t bad enough, he was also forced to drink several strange concoctions meant to soothe the pain in his throat. One of these strange mixtures consisted of butter, molasses, and vinegar, and Washington nearly suffocated as he tried to down the thick liquid. The other was a blend of vinegar and sage tea for him to gargle.

After many excruciating hours of treatment, Washington resigned himself to his fate. A pragmatist to the end, Washington asked Martha to bring to the two copies of his will he had drawn up. Looking them over, he instructed his wife on which to discard in the fireplace and which to keep. He next called for his faithful assistant Tobias Lear. “I find I am going,” he told Lear, “my breath can not last long. I believed from the first that the disorder would prove fatal. Do you arrange and record all my late military letters and papers. Arrange my accounts and settle my books, as you know more about them than anyone else, and let Mr. Rawlins finish recording my other letters which he has begun.”

With his affairs now in order, Washington turned his physicians. Despite the hardships they had inflicted on him within the past day-and-a-half, he thanked the doctors for their service and sent them away. “[L]et me go off quietly,” he told them.

His final demand as he lay dying was to Tobias Lear. He asked that Lear not have him buried until he had been dead for three days. In Washington’s day, accidentally being buried alive was more common than we’d like to think. As you can imagine, this was a fate the General wished to avoid. This fear was so real, in fact, that, as Lear stood next him, Washington asked, “Do you understand?” When Lear gave a verbal acknowledgement of his compression of Washington’s request, Washington spoke his last words on this earth: “‘Tis well.”

About the Author: Jordan Baker holds a BA and MA in History from North Carolina State University. A lover of all things historical, he concentrates his research and writing on the history of the Atlantic World. He also blogs about history at eastindiabloggingco.com. 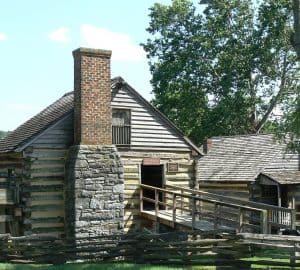 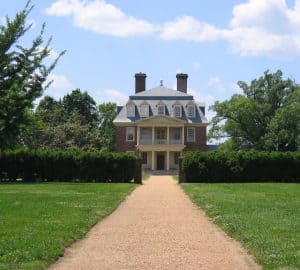 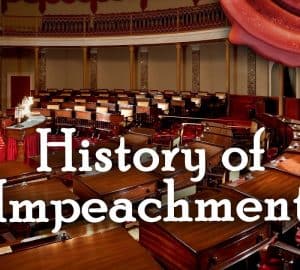