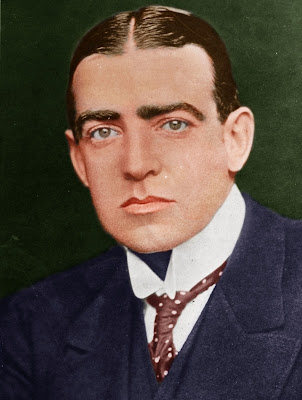 Sir Ernest Shackleton is one of the most famous explorers in history. He is remembered for his expedition in the Endurance from 1914 to 1917, in which his ship sunk in the ice, and he led his men back to safety through many dangers and hardships, including an amazing journey in an open boat through one of the world’s most stormy seas. He is seen as an example of courage, leadership and heroism, and was ranked as the 11th Greatest Briton in a 2002 BBC poll. However, the story of Shackleton goes much beyond his most famous expedition, and there are many other lessons that can be learned from his life.

Shackleton was born in Ireland on February 15, 1874 to a family of English descent. He was the second of ten children, one of whom, his younger brother Frank, we will meet again in this story. The family moved to England when Ernest was 10, and he was educated at Dulwich College. He was a vivacious reader, but was bored by his studies and neglected them. Nonetheless, he ranked fifth in his class of thirty-one.

He was able to leave school at the age of 16 and go to sea. His father was not wealthy enough to get him a commission in the navy, so he went before the mast, learning sailing and working his way up as he traveled all over the world in the merchant marine. In 1894 he passed his examination to become Second Mate, and four years later he was qualified to command a ship, which he did for several years.

Shackleton’s life would change forever when he joined the Discovery expedition. Learn about that in our next blog post on Shackleton!

Lessons in Manhood from Iwo Jima