A young Boer farmer named Paul Kruger took aim at a large rhinoceros.  Already, at the age of 20, Paul was an experienced hunter.  He had first killed a lion when he was only 11 years old.  Today, he was after a rouge rhinoceros.  As he pulled the trigger of his massive elephant gun, the gun exploded in his hands, severely injuring his thumb.  The wounded rhinoceros charged, and Kruger fled on foot, managing to keep ahead of the angry rhino until the beast collapsed on the ground.

Kruger made his way back to camp where his young wife washed the injured thumb in turpentine.  In spite of her care, the wound developed gangrene in a few weeks.  Far away from any experienced medical care, Paul Kruger sat down on the ground with his knife and amputated the shattered remnants of his own thumb and plunged the open wound into the stomach of a goat in order to disinfect it, following a trusted Boer remedy.

Paul Kruger was a tough son of the Veld – the African grassland.  He was born on a farm in 1825, and participated in the “Great Trek” as a young boy, when the Dutch settlers moved northward from Cape Colony to unclaimed land.  Paul’s education had been a simple one: Biblical lessons from his father.  After lunch each day, whether at their farm or on trek, the father gathered his many children around him, having each son and daughter recite important passages from the Bible.

At the age of 11, Paul not only killed his first lion, but he also took part in the bloody battle of Vegkop, where the Voortrekker’s laager was assaulted by 5,000 Matabele warriors under the command of Mzilikazi.  Stamped into Paul’s memory was the awful sound and smell of battle, as 5,000 hissing warriors hurled their assegais at the handful of men, women, and children in the laager.  When the bloody day was over, God had granted a great victory.  Only two Boer farmers had been killed, while scores of dead warriors were littered over the ground in every direction

Paul Kruger came under the influence of American missionary Daniel Lindley, who deepened the knowledge of the Bible that he had received from his father.  Throughout his life, as a farmer, a husband, a general, and eventually as the President of the South African Republic, the Word of God became the dominant authority for Paul Kruger.

At the age of 16, Paul Kruger married a girl named Maria.  Paul and his young wife settled on their own farm.  But their happiness was cut short.  Paul’s wife Maria and their first baby girl died of malaria.  This was a hard blow to the young farmer, but he bowed submissively to Providence and buried his wife and baby on the farm where they had started life together.

Following the death of his first wife, Paul married a girl named Gezina, and God blessed them with 54 years of marriage.  They would raise 16 children Throughout his stormy life of war and political intrigue, Gezina was always a steady and loving influence on her husband.

Paul Kruger was a firm and committed Christian.  He knew large sections of the Bible by heart.  The Krugers united with the “Dopper Church.”  The name “dopper” is derived from the word describing the instrument that snuffs out a candle, and was used in derision because the doppers were said to snuff the joy out of life.  Doppers dressed in black, forbade dancing, frowned upon organs, kept God’s commands in every detail, and could be recognized by their clean-shaven lip and fringed beard.

But Paul Kruger’s home was anything but somber.  Paul and Gezina loved each other dearly, and they had a happy marriage.  The Krugers loved to sing the psalms, and Paul would always lead the way with his deep bass voice.  Paul Kruger had a bright sense of humor, and loved to play practical jokes on other people he loved.  One special trick he played on other Boer hunters was to push on the stomach of a dead lion when the others were not paying attention.  The quick jab would produce a rush of air through the throat, causing the dead lion to “roar” as if coming to life.

Even in youth, Paul Kruger was recognized as a leader of men.  He was elected field cornet when he was still in his twenties, and began to lead commandos against troublesome tribal chiefs.  He was noted for bold and daring tactics as well as for his personal bravery in battle.

The political history of the South African Republic and the Orange Free State is a complicated one that exceeds the limits of a biographical sketch.  But one thing is clear, Paul Kruger became the dominant figure of Boer nationalism for half a century.  He first served as Commandant-General, then on the executive council, and finally as President of the South African Republic.

In the face of British annexation, Paul Kruger asserted that the Transvaal was the land of his forefathers, and that the British Empire had no grounds for encroachment.  In the company of other Boer leaders, Kruger travelled to England in 1877 to protest against British annexation and to state the claims for Boer independence.  It is said that Kruger refused to bow to Queen Victoria, asserting that he would bow to none but God alone.  The queen graciously excused the awkward manners of the Boer farmer, and even copied the way that Kruger poured his coffee so that the he would not be embarrassed.

Kruger stated his case effectively, gained the support of William Gladstone, saw the annexation overturned, and restored the independence of the Boer republics.  He returned to South Africa as the hero of his people.  For the rest of his life, Paul Kruger was adored by some and despised by others.  When gold was discovered in 1886, a stream of foreign immigrants, called “uitlanders” by the Boer farmers, flooded into the South African Republic.  Greed, intrigue, and political maneuvering all combined to bring increasing tension between the British colonies and the Boer republic.

When the struggle finally resulted in war with the British Empire, the Boer farmers fought gallantly against overwhelming odds.  Kruger was asked why he was attacking a lion with a pocketknife.  The old Boer farmer answered grimly that he did not seek out the encounter and replied, “would you be such a coward that you would not defend yourself with a pocket knife if you were attacked by a lion?”  Paul Kruger, refusing to surrender, was finally forced into exile from the Africa he so loved.  Throughout Europe, in France, Germany, and the Netherlands, Paul Kruger was welcomed as a hero who had bravely stood alone against British Imperialism.  The humble Christian statesman was bewildered by the shouts of applause by which he was greeted everywhere.  But although he was hailed as a hero, no major European power would openly dare to resist the will of Great Britain.

By this time, Paul Kruger was an old man, increasingly deaf and blind.  He received the news that his country was devastated and that beloved wife, Gezina, had died in Africa.  Paul Kruger never lived to set foot again upon the soil of his native land.  He died in 1904 with his open Bible at his side.

In spite of seeming defeat, Paul Kruger left a tremendous legacy.  Although he died in exile, his cause was not lost.  He left behind 16 children and over 100 grandchildren who would continue the struggle for the resurrection of the Boer heritage.  Today, a statue of Paul Kruger dominates Church Square in his old capitol of Praetoria – in spite of the fact that Kruger viewed statues as idolatrous.  A national park in South Africa is named for him, and his face is stamped upon coins to this day.  All over South Africa and even in the Netherlands and Belgium, streets, schools, and towns are named after him.

Once before Kruger was to give a speech in the Boer house of parliament, an admirer was asking President Kruger about the hunting exploits of his youth.  Kruger told of a time that he was being pursued by a wounded elephant.  As Kruger topped a hill, fleeing from the elephant, he met a lion in the road.  Trapped between an angry elephant and a lion, Kruger roared and continued on his course!  The surprised lion turned to flee from Kruger.  But Kruger had such a running start that he passed the lion!  Thus, both he and the lion were running together from the angry elephant!  Suddenly the President was called away to make a speech, and the amazed listener never heard the end of the story.

In many ways, this unfinished story sums up Kruger’s life.  When faced with impossible odds, the man of faith and courage will not give up.  Kruger lived not for himself but for his children and his grandchildren.  He faced lions, elephants, rhinos, the Matabele, and even the British Empire for the sake of his children and his grandchildren.  We fight when we can, and we run when we must.  But we should never fear to run toward the danger.  The battle is never over, and although we may never know the end of the story, we must continue the fight with courage and faith as long as we are able. 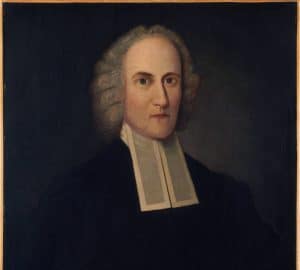 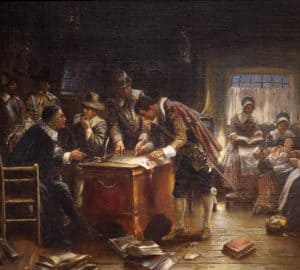