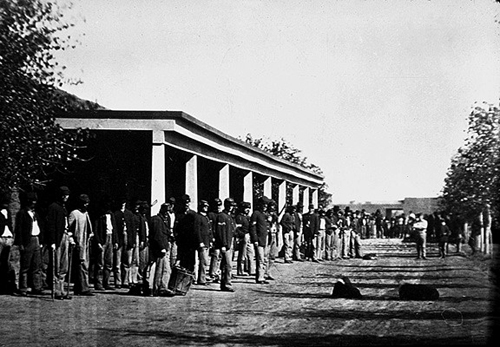 During the time of the Civil War one of the most famous frontiersmen was Kit Carson. He left his home in Missouri when he was 16, and spent years exploring the west, serving as a guide to “the Pathfinder,” John C. Fremont, who became a Union general, fighting in the Mexican War and serving as an agent to the Indians. At the Battle of Valverde in 1862, Carson fought on the Union side commanding a regiment of New Mexico volunteers. In 1864 the famous Carson was called upon by the United States Army to aid in troubles with the Navajo Indians.

Read the entire post at the Civil War 150th blog.

See Us at the SAICFF