The history of the medieval crusades, at least at a very minimal level, is well known to most people. When we think of the crusades, most of us probably imagine an army of pious Christian knights full of religious zeal going to win back the holy land. There are a few issues with this notion. One is that the crusaders were looking to achieve far more than just pleasing God. While many, especially the common people, were motivated by the pope’s promises that their sins would be forgiven, this religious motive was accompanied by a healthy dose of greed. They sought after plunder, land and power. There is no better example of this than the Fourth Crusade.

Once Pope Innocent III called for a crusade to recapture the Holy Land, crusaders began to slowly organize across Europe. Past crusades had gone overland, but that route was long and dangerous. Instead they would try to go by sea, so they sent envoys to Venice, the great seafaring republic, to organize transportation. Venice agreed to help. They would cease all of their trading voyages for two years to devote all of the city’s energies to transporting and supplying the crusade. But they would do it only for a hefty price. It was one of the most expensive contracts in medieval Europe.

In 1202, as most of the crusading army gathered at Venice, things were shaping up to be a disaster. The contract had specified that the army would number some 33,000 men. The actual number who arrived was closer to a third of that. Worse still, the crusaders didn’t even have the money to pay Venice, and the Venetians were not interested in doing them any favors. As the crusaders arrived, the Venetians dropped them off on a small barren island in the lagoon. It was clear that they weren’t getting off until the cutthroat merchants of Venice got their money.

Venice wanted to be paid, and it became apparent that a negotiation was necessary. Eventually the crusaders and Venetians came to an agreement. Dandelo, the Doge, or Duke of Venice, took the sign of the cross and went on crusade, setting an example for his fellow citizens. However, as the crusade finally set out, they invaded not Muslim lands, but Christian. The crusaders had agreed to pay their debts by attacking Venice’s enemies in surrounding lands. The army of Christendom had been coerced into doing the will of the Venetians. When the Pope received word of what was going on, he was furious. He sent letters threatening, and eventually declaring, the entire crusade excommunicated for attacking fellow Christians. But the leaders of the crusade just did what they pleased, and carefully kept this to themselves, for fear of how the common people would react.

While they wintered in their newly conquered lands, the crusaders received an interesting proposal. A young noble from Constantinople, a son of a recently deposed Byzantine emperor, asked their help in restoring him to his throne. He offered, in exchange, to provide them with gold and silver and send knights to help conquer the Holy land, once he was restored to his kingdom. His promises were ridiculous, as anyone who understood the Byzantine empire would have understood. But since he had no kingdom, he was willing to promise anything for the chance of aid. The crusade was short on funds, and Doge Dandelo gave enthusiastic support for the proposal, so they accepted. For the chance of money and influence, the crusade was going to invade an Orthodox Christian empire.

There ensued in Constantinople a series of complex negotiations and conflicts, both political and military. There were many twists and turns in the story, and desperate and fascinating battles fought. But to summarize the tale, the crusaders eventually laid siege to Constantinople in 1203. They captured the city and put the pretender on the throne as Alexios IV. But the young man discovered that promises are much harder to keep than to make. He was trying to balance the hostile factions in the empire, as well the crusaders who wished to hold in to his word, when a nobleman rose against him, slew him in his palace and was crowned Alexios V. This led to the crusaders laying siege to Constantinople again in 1204. When they regained the city after a hard fought battle, they did not treat it as kindly as the year before. This time the soldiers were let loose to plunder and destroy. One historian wrote:

The Latin soldiery subjected the greatest city in Europe to an indescribable sack. For three days they murdered, raped, looted and destroyed on a scale which even the ancient Vandals and Goths would have found unbelievable. …  Greeks were convinced that even the Turks, had they taken the city, would not have been as cruel as the Latin Christians.1

The Byzantine empire was divided up between the crusading forces, and a Latin emperor set up in its place. Although the Byzantines reconquered Constantinople some decades later, Christendom in the east had been dealt a death blow by other Christians. The Byzantines were rendered easy pray for the expanding Turks by the greed of the Fourth Crusade.

Sir Steven Runciman, a historian of the crusades, wrote, “There was never a greater crime against humanity than the Fourth Crusade.”2 While that is hyperbole, the Fourth Crusade was certainly a dark blot on the history of medieval Europe. The original mission of the Crusade was completely reversed. It was totally co-opted by the Venetians and was used as a weapon against their enemies. The opportunistic leaders abandoned any pretense of fighting the Muslims, and instead attacked Orthodox Christians. Although it gained wealth for those involved, the victory was short lived. They left the Byzantine Empire crippled and weakened, easy prey for the Turks. The wickedness of the Fourth Crusade demonstrates how far the medieval Catholic church had strayed from true Christianity. 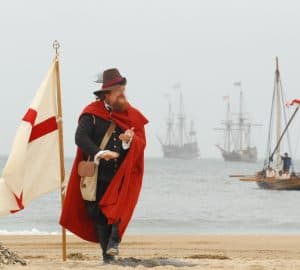 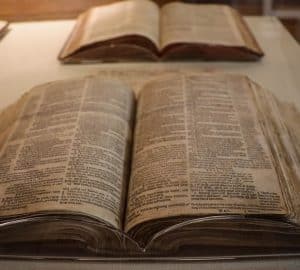