We’re pleased to welcome Ashley Cowie. a Scottish historian, author and filmmaker, for this guest post about one of his experiences – The Editor

This unremarkable lump of broken pottery is a 1700 hundred year old religious artefact, last touched by a follower of a mystical and rebellious cult that worshiped Jesus Christ. This is the story of how I had a human mule smuggle it out of an Israeli maximum security prison.

In August 2012 I was filming a documentary in northern Israel at Megiddo. Renowned for its historical, geographical, and theological importance, during the Bronze Age it was an important Canaanite city-state and by the Iron Age it was a royal city in the Kingdom of Israel. Excavations have unearthed over 26 layers of ruins and the primary reason Megiddo was so important was it’s strategic location at the head of a pass through the Camel Ridge, overlooking the Jezreel Valley from the west. Tel Migiddo rises from the fields like a sentinel. He who controlled the hill of Tel Megiddo was the one who collected the tax on spices and other valuable imports coming into Israel from the north.

In Greek, Tel Megiddo means Armageddon and this ancient landscape is central in biblical prophesy. Some Evangelical Christians still believe this to be the site of the final battle between Jesus Christ and Satan at the End of Days, as outlined in the Book of Revelation.

After I filmed an interview with archaeologist Norma Franklin we headed to our second location at the base of Tel Megiddo to film the next scene. Megiddo church is a unique archaeological site which includes the foundations of the oldest Christian church ever discovered, dating to the 3rd century AD, a time when Christians were still persecuted by the Roman Empire. This church was once situated in the ancient city of Legio but is now inside the precinct of Megiddo maximum security prison.

Before being permitted to enter the prison my entire film crew, fixers and all of our equipment and jeeps under-went strict search procedures. After passing a barrage of guard dogs and lines of guards boasting a phenomenal range of American built semi-automatic guns, all day we rubbed shoulders with some of the world’s most feared international terrorists. We were absolutely not allowed to see the prisoners as their identities must be kept secret. We often struggled with the irony that the oldest Christian church in the world is located within the grounds of a maximum security prison. We were there to film a very well preserved mosaic which features geometrical figures and images of fish, an early Christian symbol for Jesus Christ. I was going to count the numbers of tiles used to compose the fish symbol to interpret the numbers in relation to the numerical systems in relevant Biblical passages. However, the mosaic was not he only feature I desperately wanted in my documentary. I wanted the altar.

Think about all the hundreds of millions of people who pay homage to Christian altars every year? For me to have touched and interacted with the oldest one in the world, is something I really wanted to do and get on film. That kind of thing only happens once in a life time. And whether you are a believer or an Atheist, such moments are important life events which you can brag about at dinner parties.

We filmed my interview with the leading site archaeologist and after he showed me the architectural ruins I asked him to take me to the altar. He quickly replied “Ah, yes, the altar. Don’t you know? We recently covered it as part of routine maintenance”.We were utterly astounded. The producers face palmed and the budget guy nearly fainted. We had of course clearly built filming the altar into the permission agreement but the archaeologist maintained a steely cold nothingness on his face. It might have got awkward for him, but when you have 10 armed snipers in gun towers you command a degree of authority. There is only so much of a stink one can create in such precarious situations.

Basically, the Israeli prison authorities had a change of heart about letting me publicize the altar. Feeling dejected and sore we packed up our gear and left the prison grounds. Megiddo Church altar covered in sand bags before our arrival

Earlier in the day while we were picking through he dig site this fragment of pale pottery peaking above the dark top soil caught my eye. I picked it up innocently with the honest intention of asking the archaeologists exactly what it was. We begin filming at that moment so it popped into Kinga Phillips (Field Producers) bag and forgot all about it.

When we left the prison several hours later we were all searched again, as these objects can hold substantial value on the black market. But the Kinga Phillips, being female, sailed through the security check, with the artifact stashed in her bag. After an hour or two in the crew bus she found it in her bag and I immediately confessed. Expectedly, Kinga she freaked out. She had basically been a mule and smuggled an ancient artifact out of a maximum security prison. Were we about to drive all the way back and go through the security drama – to return a piece of pottery? Ten people had flown eight thousand miles across the world to be robbed, we weren’t going back to return a piece of clay. We soon rationalized that this was a case of failing to return something, rather than intentionally stealing it. The artifact is safe in my private collection of very rare old things, for now. But I imagine I will get a ‘call’ from Mossad pretty soon, and I will no-doubt return it.

The artifact is part of an urn handle measuring 4 inches (10.16 cms) long by 2 inches (5.08 cms) thick. Its outer face features a series of 10 horizontal marks. I figured out that these were executed to either smooth off a rough edge or to increase grip. In a social context this artifact, being discovered at a church, might have belonged to the vessel which was used to deliver water to the font, to become holy.

It often mesmerizes me to think that the last person to have touched this clay artifact before me, risked their life belonging to a highly mystical, rebellious religious sect, who worshiped a little known of character called Jesus Christ, who had died two centuries years earlier. Little did the person who discarded this fragment know that their children’s struggle would shape their fringe cult into what would become the most dominant, controversial, resilient and lasting religion the world has ever witnessed. Drop me a line if you would like further information on this artifact or any aspect of the Tel Megiddo dig.

Ashley Cowie is a Scottish historian, author and documentary filmmaker. He explores the world filming, writing and blogging about lost cultures and kingdoms, ancient crafts and arts, the origins of legends and myths, architecture, symbols, artefacts and treasures.

A Royal Palace in North Carolina 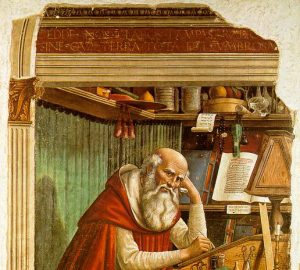 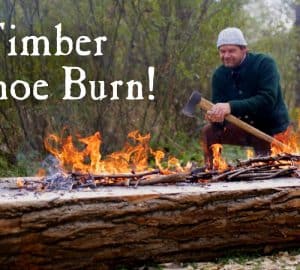