One Soldier’s Experience of the Battle of Camden

On April day in 1851, an old man walked into the office of the justice of the peace in Talladega County, Alabama. He was there to tell the tale of his service many years before in the War for Independence, so that he could file for a pension. His story began as a sickly young man of 17, going off with his uncle to fight with the Patriot militia:

[I] was first taken to the wars by my uncle John Brewer. I went with him to gratify curiosity, and went with him wherever he went. I went with him to a place called the Pine Tree, on Catawba River in South Carolina, but soon after and ever since called Camden. I arrived there about 3 weeks before Gates defeat, and was ignorant of the way people done in the wars, but they gave me a gun and I mustered with them, answered to my name and obeyed orders. Soon there was preparations making among them for a battle, and in about 3 weeks from the time I arrived there the Battle came on….

The Battle of Camden transpired after the Patriots under Horatio Gates ran into the British under Lord Cornwallis during a night while each was marching to surprise the other. The militia behaved badly in the battle. Gates made no accommodation for their known unreliability. When the British changed bayonets, they were struck with a panic. They turned and fled the field, many without firing a shot.

[T]he clash of arms and the struggle of death took place, in which our people were defeated many of them slain, but many more ran, and I am sorry to have to say of my uncle John (peace to his ashes) that he ran, and I was induced to run to because Uncle John ran. Uncle John Howell and I were both taken prisoners & after serving in the sepulcher of the dead, we were turned at liberty.

By “the sepulcher of the dead” he most likely means a prison ship. On the British prison ships, the American POWs were kept in very cruel conditions. Thousands died.

This trying experience did not end Brewer’s military career. He fought at the Battle of Guilford Court House, and was badly wounded in the back the Battle of Lindley’s Mill in North Carolina. After the war he volunteered to fight the Creek and Seminole Indians, serving as a spy. When the War of 1812 came along, he joined a company called the Silver Grays, “old gray headed men who still felt Patriotic, and determined to show that if the Country needed them they were ready, also to excite younger persons.” But they didn’t see enough action for his tastes, so he found a job as a wagoner for the army, driving all over Indian country between the armies forts. By 1851 he had raised nine children, the youngest being 37. After a long and full life he declared, “[I] still live, for which I thank my Maker with an overflowing heart.”

Drawn from Isaac Brewer’s Pension Record. We have changed his pronouns and wording better readability.

How the South Tried to Get Delaware to Seceede 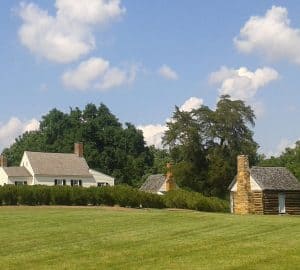 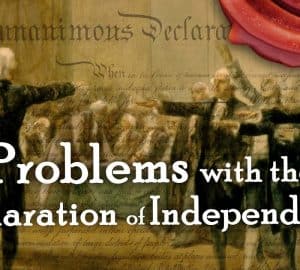