U. S. Grant at Cold Harbor 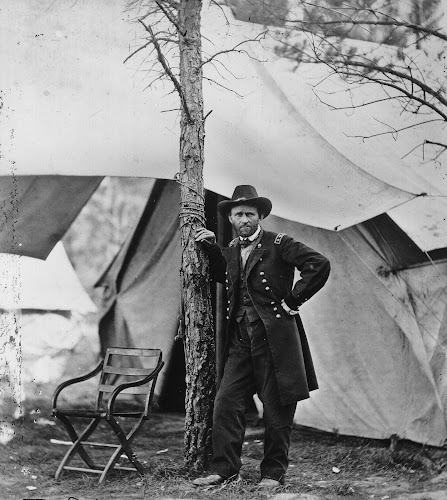 This image of the Grant standing outside of his tent during the Overland Campaign became one of the most famous images of the Civil War. It was taken by Matthew Brady, or another photographer working for him, in 1864. Photographs such as this were very influential in the Civil War. When a picture of Grant was published showing him with a cigar in his mouth, people across the North sent him boxes and boxes of cigars. Although he had not smoked regularly before that, he took up the habit just to get rid of all the gifts.

You can see a larger version of this image here.

The Treason of Benedict Arnold

The American Response to Arnold’s Treason